Garland pose is another addition to my ongoing series on yoga. The model for this image was the yogi Rondy of Rondyoga.com

The colors I chose for this image are based upon the asana’s connection to the lower chakras: the root chakra (red), the sacral chakra (orange), and the solar plexus chakra (yellow). Garland is a rooting pose which more deeply connects one to mother earth and her life-giving energies.

The unalome to the right of the figure is a Buddhist symbol which symbolizes the journey to enlightenment as symbolized in the geometric shape at the top of the symbol.

For those of you who don’t know, I began the series in July of last year in conjunction with the yogini’s and yogi who teach at the Black to Yoga here in Oakland.

My new website launches next month!
I will have a new website platform that will be launching in the first week of February. There will be a completely new look and a variety of enhanced features that will make it easier to navigate the site and to place orders.

My new site will allow you to order paper and giclee prints, metal prints..choose your own frames, and have the whole order shipped and ready to hang!

*All of these features will necessitate a raise in my prices so if you want something at the lower price point place your order before February 1st!! 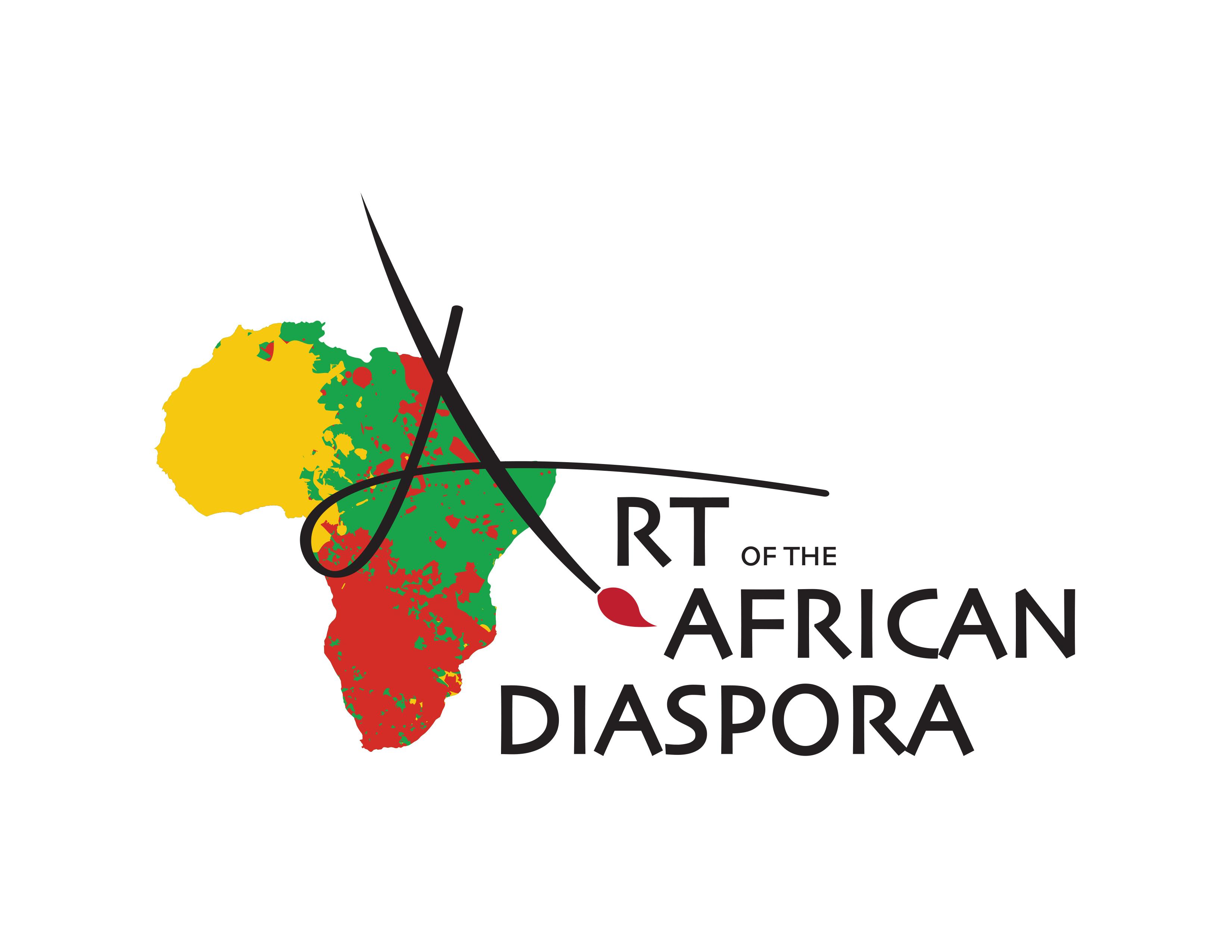 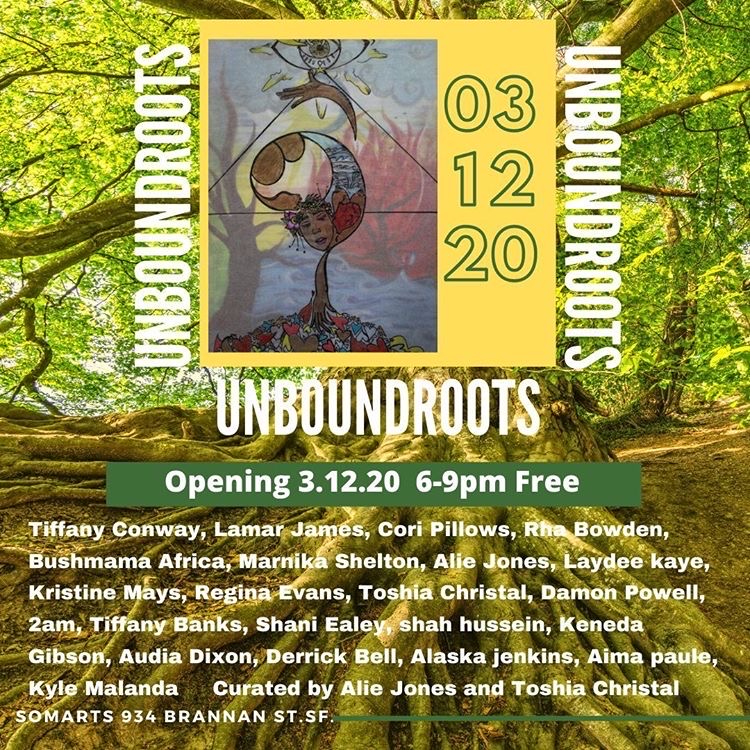 Be on the lookout for more Updates!

If you recall, last month I spoke about my creative rut and accompanying blues. The 1 piece I did manage to create during the darkest portion of that period “Moonlight Blues” played an integral role in the creation of the piece featured this month.  It’s a shame that even the most spiritually in tune of us often miss the significance of certain events or decisions when we are caught up in the midst of them.
For each of us there are ingatherings. Periods in our lives when we are struck by pain, hurt, loss, rapid change…and it affects us so deeply that we are forced to withdraw,  step back from life and the world, and just be alone (ingathering). During these times we are forced to grow, transform, stretch our inner being beyond the limits we had convinced ourselves we could not reach. During these periods of ingathering, we are often able to undergo rapid growth and experience profound shifts in spiritual awareness through which we are literally elevated and transformed.
Just as the caterpillar cannot transform into the beautiful butterfly unless it withdraws from life and enters into its cocoon – a kind of ingathering. It must first go within. While in the cocoon, every cell in its body literally dissolves back into primal goo and is then recombined into an entirely new being.   It is literally transformed. From the prefix trans – to move beyond or through, and form – the physical manifestation of our material world.  We too must transform.
For me, the place of wrath and tears that created Moonlight Blues, was actually a time of ingathering. It was literally the cocoon of my transformation. From within that shell, I received an awakening. I was able to literally receive a divine transmission which elevated my outlook and frequency. My intuition has been awakened and strengthened, I have begun to connect intimately with my higher self and guides, and I have also been able to allow my spirit to fuse more fully with my physical being thereby uprooting many deeply held negative energies. There has been an awakening – a quickening that has pushed me to a new way a being with a new higher vibratory baseline. This Awakening is the inspiration for the similarly entitled work shown here.

“The Awakening” is the next phase of the process of ascension and descension I had been depicting in the ascension series (Ascension I, II and Breaking the Veil). The ingathering experience has given me deeper insights into the process and some of its more subtle nuances. The image depicts a single figure seated in deep meditation. If you know anything about meditation you understand that the act itself is a form of ingathering as one becomes still, goes within, begins to decompress from the body/mind’s constant barrage of sensory stimuli so that one can be renewed. As she receives divine transformation her head lifts up towards the heavens and in a gesture of receptivity and thanksgiving for the spiritual energies she is receiving. There is an opening, an infusion, a download if you will that will energize and awakens parts of her being (both physically and spiritually) which had previously lain dormant. The ability to literally float upon the air and phase in and out of  physical reality was a common feat documented on the life stories of many spiritual masters.

As the figure floats upon the air bolts of lightning spread out beneath her. These thunderbolts represent not only spiritual power but the subsequent ability to affect the physical realm of nature – an ability that is also shared by those who have ascended and is usually narrated in the form of healings, walking on water, stilling storms, speaking with animals…etc.  Those who reach this level of mastery have power flowing through them that has a spontaneous effect upon others around them. This phenomena was responsible for the veneration of relics and other sacred items that belonged to holy figures. For example, the bible speaks of people being healed by the touching the discarded garments of the apostle Paul and other noted saints.

Her hair rises up as it is filled with the sacred energies that are being received and course through her entire being. These energies are both spiritual and physical. Her hands form a mudra symbolizing power and transformation, while her eyes open up toward the heavens above. All the while she is supported by the divine hand of god which serves as a support, source of uplift, and grounding protection from any lower energies.

The burning fire bursting forth from the figure’s heart symbolizes healing, regeneration, and the development of a richer sense of intuition and connection to spiritual realities. There is so much discussion in circles about the third eye and its power to open one to spiritual insights, that we often forgot the true seat of all knowing is not from the mind or upper chakras, but from and within the heart. The same spiritual fire depicted within the figure’s chest is also mirrored above her in each of the smaller orbs that comprise the outer portion of the heavenly circle above. This divine connection is maintained within the awakened heart.

The other symbols within the piece are all loosely based upon numerological theories. The large circle above her is an adaptation of the Fibonacci scaling system which is directly connected to Phi and the golden rule of divine proportion found throughout nature, art, music, the human body, and symbology. The circular scaling sequence and the spiraling energies within the circle are all part of this system. The floating circular shapes are healing glyphs fashioned of copper that have been purported to heal those who come into contact with them, while the 9 pointed triangular shapes within the glyphs are indicative of the 9 personality types found within the Enneagram.  The number 4 is associated with the earthly plane so the four glyphs are earthly symbols which help to keep the figure grounded as the heavenly energies descend and fuse with her physical nature.  As in many of my other images, the figure is encircled within a biomorphically shaped ring of power which is indicative of both spiritual power and the auric energies.

This image will be the cover for my next major project. I have begun the process of developing 2 books for next year. This image will serve as the cover of project number 2. A large format coffee table book entitled: When We Pray: Seven Monographs on the Aesthetics of Prayer and the Spiritual Life. Look for further details by the end of March 2017!

To purchase the original image please contact me directly at:

To Purchase a Print use the link below: