Yes, my book is almost done! Finally! The manuscript will be completed by the end of the month and expect the book to be out on the market around mid-March to early April. I didn’t get quite as much completed as I would have liked last month but am making significant headway already this month hand have set myself a hard deadline. Now you have my promise to have it done in print!

Below are a few selected excerpts from chapter 3. Remember, my manuscript hasn’t been poured over by the editor yet so things could change.:-) 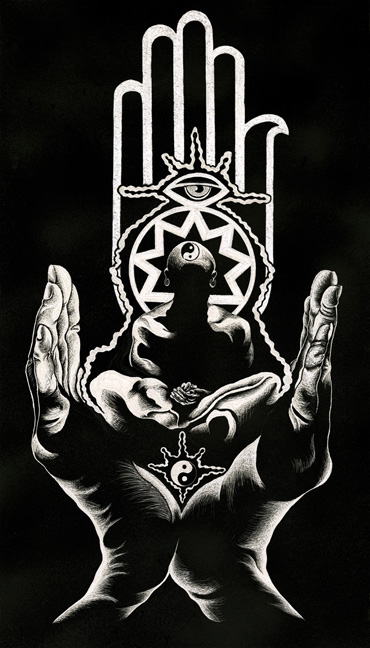 When We Pray III
Signs, Symbols and the Sacred

From 2014 to 2018 I maintained a small studio-space within a local gallery in downtown Oakland. On the first Friday of each month, the city and most of the local galleries would host an event known as the “First Friday Art Murmur”. My space along many of the surrounding galleries located within the downtown area would be open during that evening allowing the public to come explore their galleries and the various artist’s studios. Even though I was working full-time for three of the four years I maintained my space, I always did my best to have at least one new piece on display during First Friday. After the first year, this became one of my favorite opportunities to show my work. I welcomed this event because it helped me stay focused during the month, provided me with an opportunity to show my work on a regular basis, and most important of all I was able to observe the visitor’s reactions, hear their comments to one another, and speak with them about my work. This source of direct feedback provided me with insights that have proven invaluable in innumerable ways.

One of the most astounding things about these encounters was the ways in which people responded to the symbols used in my work. Those who were not familiar with a symbol found in a certain piece would usually ask me what it meant and why I had chosen to use it. It was always both humbling and amazing to receive words of appreciation as they began to grasp the connections between the symbol’s meaning and the other elements within the piece. It was as if it all began to click, and most would stay and examine the piece more closely as if this newly acquired knowledge allowed them to digest the imagery more thoroughly. Those who recognized many of the symbols would often speak about how much they appreciated them being used in appropriate ways, and comment about the various nuances in meaning they grasped in a particular work because of one of the symbols encountered within it. This recognition of a familiar or meaningful symbol often increased their appreciation of the work and filled it with more significant meaning for them. These conversations let me know that I was on target with my desire to incorporate symbols into my work and helped me to better grasp the power of symbolism…

…Signs and symbols help us to make things “special”. If human beings lacked the desire to make anything “special” we would all lead very drab, indistinct lives. Making special is as natural to us as eating or breathing. This notion of making things special is one of the most significant aspects of our humanness – particularly for those of us who are striving to live our lives with an intentionally spiritual focus. It is the human desire to make things “special” which lies at the heart of any discussion upon the distinctions between the sacred and the secular. Things which we have designated as “special” are deemed as such because they hold significant psychological value individually or collectively. We prize a particular ideal, experience, object, symbol, person, role…to such a degree that we imbue it with significant psychological value. By doing so, the value we place upon it makes it “special” and in many cases it becomes so special that it enters the realm of the sacred. Making Special is the true essence of the sacred-secular distinction. Whether individually or collectively, human beings possess an innate need to make things special and the degree of value we place upon them determines whether or not they are deemed sacred. Throughout history art, signs, and symbols have played a significant role in this process by helping to: designate something as special, remind us that it is special, or celebrate its particular psychological value…

…What was coming more immediately to the foreground of my consciousness? What did I need to “make special” and why? Asking these kinds of questions increased my trust in spirit and deepened my meditation practice – because it helped me to see how important it was to practice looking for the “signs” instead of wondering and waiting for what was often already right in front of me. So, look for the signs. Open your senses and feelings to the signs. Pray for a sign. Meditate on the signs. Believe you have and will continue to receive the right signs. Give thanks for the signs. Trust the signs. You’ll have more appreciation for the journey, if you pay attention to the signs along the way.